The VLF SID  (Very Low Frequency Sporadic Ionospheric Event Detector) radio telescope is designed to monitor X-ray flares emitted by the Sun. These flares can cause significant problems in that they can disrupt satellites, aircraft and ground computers and even, in extreme cases, ground power grids.

The flares are detected by their influence on the ionosphere and the consequent increase in signal strength from remote low frequency stations. The x-ray flare on meeting the ionosphere in the atmosphere causes the atoms in the atmosphere to become charged, by removing electrons. This enables the ionosphere to reflect very low frequency radio signals (we monitor signals from naval submarine navigation stations) more effectively. The stations we monitor are from across the world.

The antenna is a 1/300 wave loop monitored by a computer running a spectrum analyser programme. We can recognise a SID as it shows as a 'shark's fin' trace on the computer. 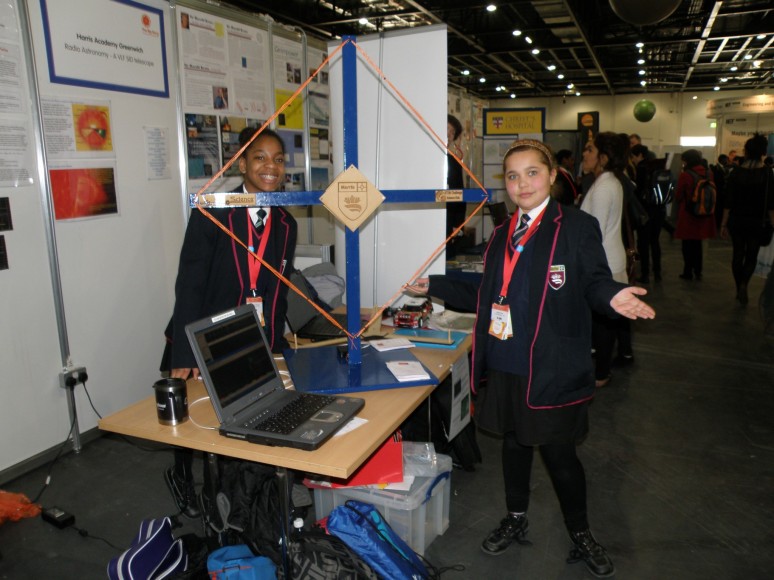 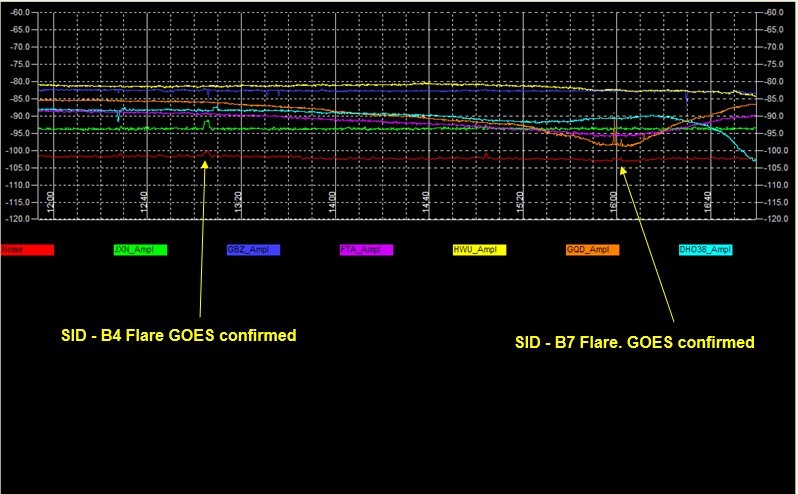