EliSE is a robot submersible probe designed to search the under ice oceans of the Jovian moon, Europa. The current version of EliSE is powered by two 6VDC motors and two 40mm propellers. The depth that EliSE operates at is determined by diving planes and a movable lead ‘slug’ that alters the trim of the submarine. The direction of the submarine is determined by a twin rudder system. All diving planes, rudders and slug are positioned by two servos.

EliSE is controlled by a PICAXE 28X1 micro processor, on an AXE020 board. EliSE is re-programmable via a UFR/ERF radio link and has 2 sonars for navigation/hazard detection, multi-frequency lights, and on-board data logger to record experimental data and a wireless video camera. EliSE is also equipped with two external sample probes – a rock scraper to collect samples of any algal or bacteriological mats that may be growing on rocks and a floating partical sampler to collect any floating organisms. 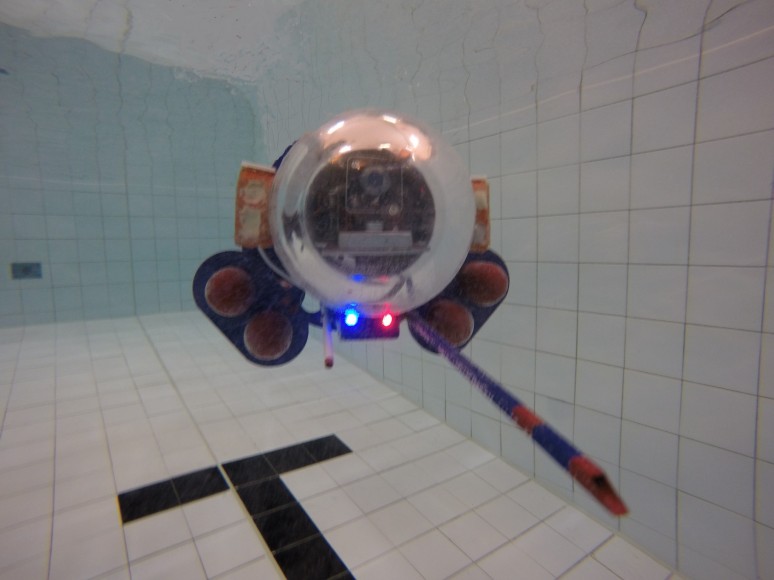 The development of EliSE is listed by prototype, below:

Further marks of EliSE will have: