We have really enjoyed the workshops put on by the Hair and Beauty team at @SHCSixthForm over the past few weeks. More careers workshops coming soon - watch this space https://t.co/71OILRqN9z

This week our Food Tech team welcomed Year 5s from @HaimoSchool. The students cooked spaghetti bolognese from scratch - well done to all! https://t.co/hlpirwYZ3C

Over the last two weeks, it’s been our pleasure to host the lovely Y5s from @MPPS_eltham for some Science lessons! https://t.co/42nVEarjtV

A huge thank you to @AGinsight for preparing our year 12 students for their first-ever HAGR Law Society mock trial.

Please find the link to our latest Newsletter: https://t.co/5lSGVBir0o

The Harris Academy Greenwich STEM club is a highly motivated and successful STEM club, run for and by pupils from year 8 onwards.

We aim to inspire pupils in the STEM disciplines through long term project work with a particular endgame in mind; participation at the highest levels in competitions such as the NSEC Young Engineers ‘Engineer of the Year’, BAE systems prize and the Crest Prize at the The National Big Bang Finals. The Google Science Fair, Longitude prize, ESROC/ESA ‘Cansats’, and other awards such as the CREST Awards. We have also been invited to exhibit our projects at various other events such as Big Bang @ The Houses of Parliament and for a STEMNET exhibition at the Science Museum.

We are regular competitors in the ‘Big Bang Near Me’ fairs, where we have won promotion to the National Big Bang Finals for three years in a row (2013, 2014 and 2015) ‘The Young Engineers Regional Engineering Ethos Award 2014’.

The STEM club is ambitious in that it takes on the challenge of projects that are both conceptually demanding and require robust and novel engineering solutions. This is illustrated by the STEM clubs motto of ‘Others dream it – We build it’ 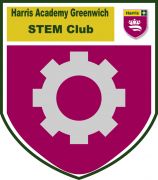